Your Guide to Home Security Cameras

As of 2021, nearly 40% of Americans own a home security product, and that number is steadily growing. Among the long list of home security devices, cameras are one of the most popular, with 31% of homeowners owning at least one. With recent advancements in technology, today’s home security cameras are outfitted with numerous features—not to mention, they are more cost-effective and user-friendly than ever before.

If you’ve yet to join the near-third of American homeowners who have invested in a home security camera, continue reading for a definitive beginner’s guide. And for all of your surveillance system needs in the North Idaho area, contact Media Controlled today.

A 360° camera system is actually comprised of multiple cameras placed inside a single housing unit, such as a dome. Images from these cameras are stitched together to form one continuous picture. These cameras are ideal for wide areas that are unobstructed by large objects. However, since the cameras in this model face in every direction, it can be difficult to find a location for the camera that will provide the desired benefits.

Also known as pan/tilt/zoom cameras, PTZ models are named for their broad movement capabilities. These cameras can be adjusted remotely to give you the most detailed view of what’s happening outside your home. A single PTZ camera can replace several fixed camera models while still monitoring a large space.

Fixed cameras are the most basic models available to you as a homeowner, but this is not necessarily disadvantageous. With fewer components, fixed cameras are often more reliable than 360° and PTZ models. Plus, since the angle of the camera is unadjustable, it will remain pointed in the desired direction for nearly uninterrupted coverage of the area.

Bullet cameras are rectangular in shape—a classic security camera silhouette. These models are often set up to point in a single direction and are usually spotted easily due to their bulkier shape. There are several advantages to using a bullet camera over a model with different housing, including:

Dome cameras house the lens inside a clear, dome-shaped cover. One of the main advantages of this model is the difficulty of determining where the camera is facing at any time; intruders will be unable to simply avoid the area where the camera is pointed, as they could with bullet models. Dome cameras are also highly durable and hold up well against vandalism or other attacks.

Discreet cameras are designed with the goal of not being seen—thus, they are more concealed than dome or bullet models. This can put you at an advantage, as intruders will be unaware of a camera they would otherwise try to avoid. Discreet cameras can also be placed inside the home, hidden in a variety of items such as smoke alarms and phone charging blocks.

Photo resolution (and subsequentially, definition) is often the most important feature for many homeowners looking to invest in a security camera. In today’s age, it’s possible to find security cameras with a resolution of up to 4K—however, this may put you at a disadvantage, as higher resolution requires more space to store and produce images.

High-resolution cameras also tend to work poorly in low-light situations, which is not ideal for monitoring outdoor spaces at night. If you’re still resigned to purchasing a camera with high resolution, just be aware that it may be at the cost of its performance.

Some cameras come equipped with tamper detection to alert you in the event of vandalism or other security attacks. Your camera may even send alerts if its view becomes obscured, or its power line is cut. Should any of these situations occur, you’ll receive an email or text message so you can remedy the problem as soon as possible.

If you’re planning to set up security cameras outdoors, night vision is one of the most important components to be aware of. And since much foul play often occurs at night, making sure your cameras can monitor your home after dark is an essential part of choosing a good security system. Cameras with infrared technology generally produce the clearest and brightest images in low light. To maximize visibility, choose a camera with nighttime visibility of at least 100 feet.

Power Over Ethernet, or POE, refers to a type of digital transmission used for most modern connections. Ethernet cables are used to transmit video between systems, and can generally support resolutions of 4K and below. These cables can be connected between cameras and a central system, allowing for immediate transfer of data to a single unit. POE cameras allow for more flexible placement options because they do not limit you to areas with power outlets or within a wireless range.

Many cameras come equipped with a compatible mobile app that you can download onto your smartphone to view a live video feed whenever you choose. There are two types of surveillance apps you may encounter:

Proprietary apps are only compatible with corresponding security cameras, usually at no additional cost. Third-party apps often work with multiple brands of cameras, but will likely require a recurring fee. To avoid paying this fee, make sure the cameras you purchase feature a proprietary mobile app.

Security cameras are becoming an essential part of every home’s safety. For help choosing and installing the right models, contact Media Controlled and start protecting your home and family today. 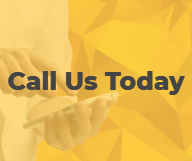